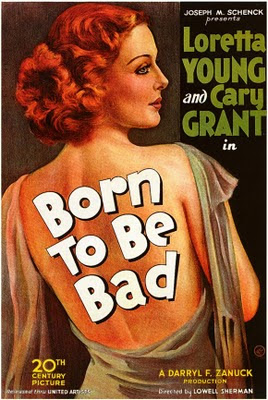 When one thinks of pre-code bad girls Loretta Young might not be the first name that springs to mind, especially given her later squeaky clean image, but she demonstrated in Born To Be Bad that she could be a convincing (if rather sympathetic) bad girl. In Born To Be Bad she’s just all bad, and delightfully so.

Letty Strong (Loretta Young) is a single mother. Not divorced or widowed - she’s never been married. Yes, this is definitely a pre-code movie. The first we see of her is an encounter with the truant officer. Among an assortment of other offences her son Mickey has been skipping school. Letty makes a moving and impassioned, and successful, plea for one last chance for her errant offspring. After which the son (who is all of seven years old) congratulates her for her skill in conning the truant officer. It is clear that mother and son are willing partners in crime. 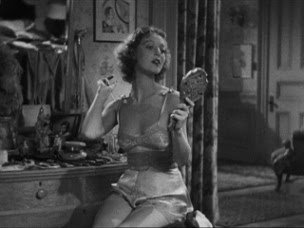 They have bigger ambitions than this though. When a milk truck hits the boy they see their chance. In an emotional court-room scene we see the kid bravely dealing with life as a cripple. There’s not a dry eye in the house, at least not until the counsel for the milk company produces some motion picture film of the poor little crippled boy running around the streets and happily roller-skating, all this a week after the accident.

Not only do Letty and son lose the case, the judge decides it’s time the kid was taken away from someone who is clearly an unfit mother. At this point Malcolm Trevor (Cary Grant), the owner of the milk company, steps in. He and his wife are childless and he offers to adopt young Mickey. He, being an optimistic sort of guy, believes Mickey is not yet irretrievably lost. 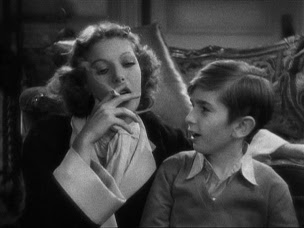 Letty is not taking this lying down. She comes up with various schemes to kidnap her son but Mickey is starting to like living with Trevor and his wife. They have lots of money (money being something young Mickey has a considerable respect for) and they’re fairly easy-going and indulgent.

Letty still has an ace up her sleeve however. If all else fails, she’ll simply seduce Mr Trevor and then blackmail him. She’s a very resourceful mother. It’s a good scheme, but a phony seduction can easily turn into a real one, especially when one both parties are as attractive as Loretta Young and Cary Grant. 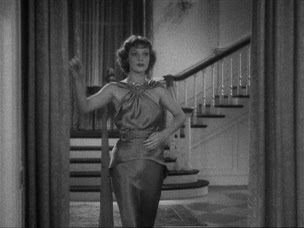 Cary Grant rarely turned in a bad performance and he’s very good as Malcolm Trevor. He is however comprehensively overshadowed by Loretta Young’s sizzling performance. She’s funny, she’s wonderfully wicked, she’s gorgeous and glamorous and quite remarkably sexy. She also gets to wear some stunning and very slinky dresses - this is full-on 1930s glamour.

Jackie Kelk as Mickey is one of the better child actors. He’s obnoxious and conniving but he’s genuinely amusing. Marion Burns has the rather thankless role of the good wife as Mrs Trevor. 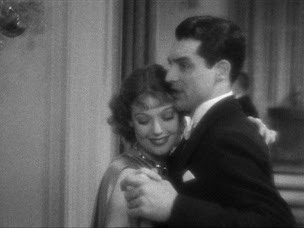 The Region 4 DVD presentation is, unfortunately, rather poor. The picture is incredibly grainy and there are no extras. Of course any pre-code movie release on DVD is better than nothing and it’s a fun and slightly naughty romp that is certainly worth grabbing if you’re a fan of pre-code Hollywood. And it’s worth it for Loretta Young’s dynamite performance.
Posted by dfordoom at 12:36 AM