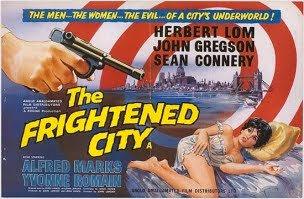 The Frightened City is a pretty decent 1961 British crime movie, with added interest by way of one of Sean Connery’s first major roles.

Herbert Lom plays Waldo Zhernikov, a wealthy and successful accountant with some slightly shady connections. For some reason that isn’t made entirely clear he decides to set himself up as a major crime lord. He’s had some dealings with Harry Foulcher (Alfred Marks) who runs a protection racket. There are a dozen or so mobs funning these rackets in London but only six that really count, that are run by professional criminals. The others are just “tearaways and teddy boys” who give crime a bad name. Waldo’s brainwave is that the six organised gangs should unite, drive out the amateurs, and put the whole enterprise on a sound business footing. 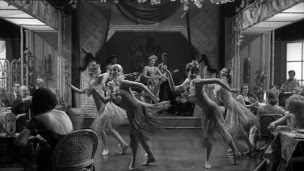 They’re going to need someone with more brains and more self-control than the average thug to run the enforcement side of the business. Paddy Damion (Sean Connery) seems ideal. He was a very successful cat-burglar until his regular partner Wally was badly injured and now he needs a steady income so he can look after Wally. He’s a criminal but he has a sense of honour. He’s also a very tough guy and he’s smart enough and adaptable enough to be an asset for the new protection syndicate. He doesn’t like the idea of protection rackets but he’s assured that this one will be well organised and that the idea is to move away from mere thuggery, to tone down the rough stuff and keep things business-like.

The new syndicate thrives but Waldo has bigger ambitions. He wants to find bigger and richer victims, like construction companies. This leads to trouble with Alfie Peters, one of the six syndicate members. Alfie is an old-fashioned villain who believes it’s best to stick to the business you know and not attract the attention of Scotland Yard. 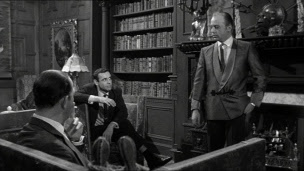 In fact they’ve already attracted the attention of the Yard, in the person of Detective-Inspector Sayers (John Gregson). DI Sayers isn’t an ostentatious tough guy but looks can be deceptive. He’s a dogged policeman who is quite prepared to stretch the rules a little if he has to, and when he decides to go after a criminal he doesn’t give up. 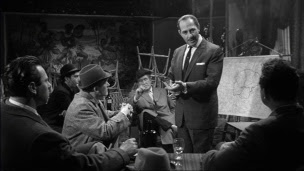 The conflict with Alfie Peters soon boils over and violence erupts. Violence with guns, which is the sort of thing that Scotland Yard strongly disapproves of. Paddy Damion finds himself in a difficult situation, caught between ambition and loyalty (Alfie Peters is an old friend).

Like a number of postwar British crime movies (such as The Blue Lamp) this film deals with the clash between two different kinds of criminals. There are the old school criminals who know the rules - no guns, very little violence. And there’s the new breed, much more violent and not playing by any rules. Whereas The Blue Lamp sees the new type of criminal as young out-of-control hoodlums with very little sense in The Frightened City we have the beginnings of a conspiracy theory - violent thugs being controlled by powerful wealthy men. 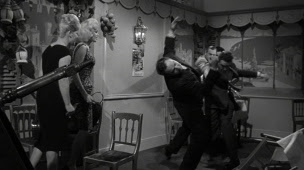 Herbert Lom is wonderfully smooth and sinister. John Gregson was a solid if unspectacular actor and he’s quite adequate. Sean Connery is quite good in what is really the most complex and demanding role in the movie. There’s a fine supporting cast.

John Lemont is a very obscure British director whose career was rather brief but he’s competent enough. Competent is the best word to describe this movie - it doesn’t reach any great heights and it’s not stylistically extravagant but it’s successful enough within its modest limits. 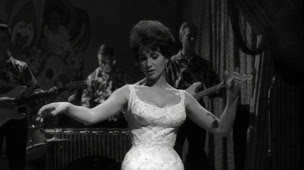 The Region 4 DVD is barebones but it’s a perfectly adequate widescreen print.
Posted by dfordoom at 8:04 PM