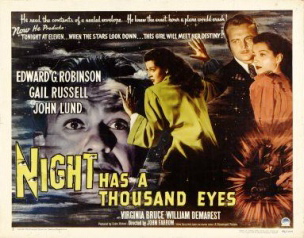 Cornell Woolrich’s novels and short stories provided the basis for countless excellent movies including quite a few in the film noir category. The oddest of these is undoubtedly John Farrow’s 1948 Paramount production Night Has a Thousand Eyes.

This is unusual for a Woolrich story in that it involves elements of the occult, or at least the paranormal, combined with Woolrich’s trademark dark twisted atmosphere.

John Triton (Edward G. Robinson) had been a stage mentalist, and a very good one. His mind-reading act was of course faked, but he took pride in the cleverness of the fakery. Added to his showmanship this made the act quite successful. And then one day he unexpectedly found himself interrupting his performance to tell a woman to rush home because her little boy was in danger. Triton didn’t really know why he said this, all he knew is that he got a sudden image in his mind. 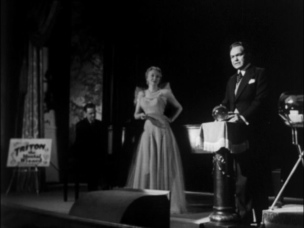 When Triton discovered that the woman’s child really had been in danger he is understandably disturbed. He had never had any belief in genuine clairvoyant powers, he was just a stageshow performer. He becomes even more disturbed when his business partner and close friend Whitney Courtland (Jerome Cowan) jokingly threatened to put all their meagre fortune on a horse. Triton tells him not to bet on that horse because Peer Gynt will win by two lengths. And Peer Gynt does win, at 10 to 1, landing the partners a handy windfall.

Triton’s prophetic powers soon turn out to be very financially lucrative. But Triton is troubled by these powers. He has the odd feeling that he is making these events occur, a theory he puts to the test with tragic results. 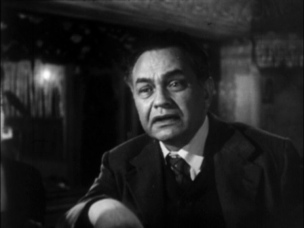 Triton had been intending to marry his stage partner Jean (Gail Russell) but then a horrifying image flashed into his mind. He called off the wedding and spent the next twenty years as a virtual recluse. All of this is told in a lengthy flashback. Now the past catches up with him when he meets Jean’s daughter Jenny. Jean had ended up marrying Whitney Courtland, and Whitney had become a very rich man, his fortune founded on Triton’s powers of prediction. Those powers are now telling him that both Whitney and Jenny are in danger.

Of course the police are sceptical of Triton’s story. Detective-Lieutenant Shawn (William Demarest) is convinced he is not only a charlatan but possibly something much worse. Jenny’s boyfriend is also suspicious and hostile but Jenny remembers her father saying that Triton’s powers were real and that Triton was a good man. Triton will face his greatest challenge in trying to prove his own prediction wring by saving Jenny’s life, if he can. 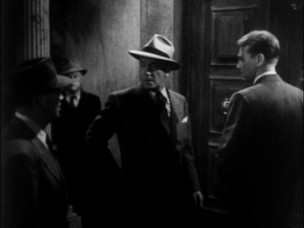 There are quite a few noir films that deal with fake spiritualists and mind-readers. This one is unusual since it is made quite clear from the outset that Triton’s powers are real. The story itself, apart from the paranormal element, is fairly typical Woolrich and is similar to several of his other stories (such as Rear Window) that deal with people who have evidence of a crime but have trouble convincing others that they are not deluded or cranks. Woolrich’s stories always have a certain nightmare quality to them.

Edward G. Robinson is as reliable as ever. The supporting cast is fine but it’s Robinson who carries the picture. Triton is a man who has what appears to be a great gift but it turns out to be a curse. Seeing the future can be a very unpleasant experience, especially when the visions concern people he loves. 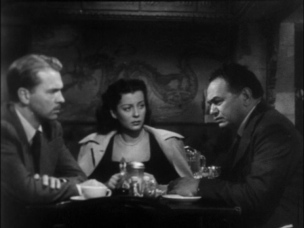 John Farrow was an interesting director who has never received the acclaim he deserves. His work in the film noir genre was often rather offbeat and is always interesting and stylish. The cinematography by John F. Seitz is another plus.

Night Has a Thousand Eyes is a definite film noir oddity. It’s a movie that may not appeal to everybody (noir purists may be put off by the occult elements) but I found it to be highly entertaining and (thanks to Robinson’s sensitive performance) rather moving. Highly recommended.

This has been for many years a very difficult movie to get hold of. The only DVD I was able to find is an Italian release from a company called A&R which fortunately includes the original English soundtrack as well as an Italian dubbed version. Picture and sound quality are not great but they’re acceptable and even with these reservations the Italian DVD is worth grabbing because of the quality of the movie itself.
Posted by dfordoom at 2:27 PM