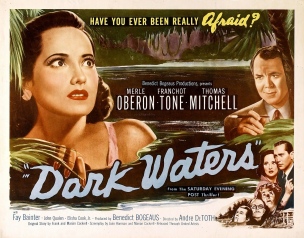 Dark Waters is a 1944 United Artists release that could be described as an exercise in southern gothic film noir.

Leslie Calvin (Merle Oberon) and her family were trapped in Batavia in the Dutch East Indies when the Japanese invaded. They managed to get aboard a cargo steamer bound for New Orleans but the ship sank. There were only four survivors, including Leslie. Her parents both perished. As the film opens she is in a hospital in New Orleans. She is physically recovered but psychologically she is still extremely fragile. Her only surviving family comprises an uncle and an aunt whom she has never met. They are contacted but it seems they have just moved to Louisiana to take possession of a family plantation in the bayou country. Leslie had expected them to meet her at the railway station but for some reason they do not show up, and overcome by depression and loneliness she passes out. Luckily the kindly Dr George Grover (Franchot Tone) happens to be at hand. 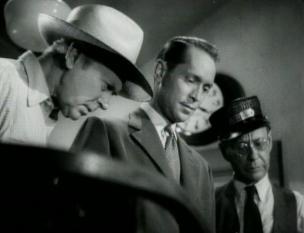 Dr Grover drives her out to the plantation, Rossignol. Aunt Emily (Fay Bainter) and Uncle Norbert (John Qualen) seem friendly but slightly distracted. An old family friend who lives at Rossignol, Mr Sydney (Thomas Mitchell), appears to be the one giving the orders. Also present is the estate manager, Cleeve (Elisha Cook Jr). The atmosphere is definitely strained. Mr Sydney is all affability on the surface but he clearly expects everyone to do as he tells them.

Romance blossoms between Leslie and Dr Grover but for some unexplained reason no-one at Rossignol seems entirely happy about this. Also curious is the fact that even though they know about Leslie’s horrific experiences in an open boat after her ship was torpedoed they seem to keep making unfortunate references to the sea or to disturbing subjects involving water (such as the fact that not long before a woman had been claimed by the quicksands in the bayous). 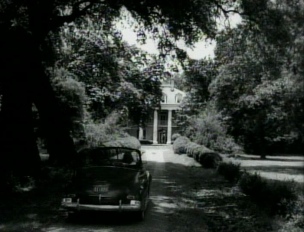 Leslie is convinced she is losing her her mind. She keeps hearing voices. Then a chance encounter with an old family retainer who had been dismissed from Rossignol by Mr Sydney makes it clear to her that she is threatened by something far more sinister than madness. But is there anybody she can trust? Dr Grover seems to be the only one but even he is sceptical of the story she tells. Somehow she must convince somebody that she is not crazy but is in imminent danger.

Merle Oberon does pretty well in the leading role, conveying Leslie’s fears without resorting too much to hysterics. Franchot Tone gives a solid and likeable performance as Dr Grover. He underplays the role nicely. Elisha Cook Jr gives one of his best performances (and he was always good) as the creepy and distinctly over-friendly Cleeve. it is Thomas Mitchell however who steals the picture. He is delightful sinister as Mr Sydney. He is able to inject an extraordinary menace into Mr Sydney’s affability. 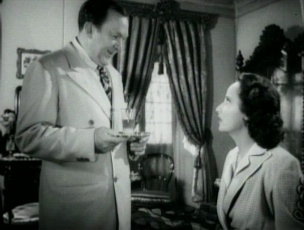 The screenplay went through numerous hands (including those of John Huston). An unusual feature is that although Hollywood movies normally liked to tie things up neatly at the end this script makes no attempt to explain fully the criminal conspiracy at the heart of the plot. Director André De Toth (who helmed some fine movies in the film noir canon) wisely doesn’t let this worry him and concentrates on building the brooding and malevolent atmosphere. De Toth, a fine and rather underrated director, always relished slightly offbeat material.

The bayou country setting is used with considerable skill and there is a definite southern gothic ambience to this picture. The swamps seem alive with menace and evil and one false step can land you in the quicksands. The rather gothic house fits in very nicely with the general tone. The people are as worrisome as the settings. The more charming a person is the more reason you have to fear them. 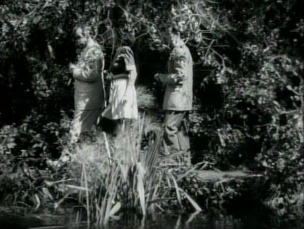 The Region 1 DVD from an outfit called Mr FAT-W Video is truly terrible. Even the scenes filmed in bright sunlight look like they were filmed in the middle of the night. Everything looks dark and muddy and there is considerable print damage. Sound quality is barely acceptable. It’s also expensive so you’re getting rock-bottom budget quality at a premium price. Amazon claims this DVD comes from Image Entertainment but their name is found nowhere on either the disc or the packaging. This movie deserves much better treatment on DVD.

Dark Waters is an unusual and exceptionally interesting blend of terror, mystery and suspense. An excellent movie and worth grabbing even if the DVD is not up to scratch. Highly recommended.
Posted by dfordoom at 7:48 PM