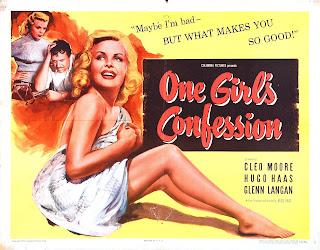 The inclusion of One Girl’s Confession in Sony’s Bad Girls of Noir set might lead you to expect that this movie is a film noir. In fact you’d have to stretch the definition of noir quite a long way to accommodate this movie. Having said that, it’s still reasonably entertaining.

Hugo Haas had been a very successful writer, director and actor in his native Czechoslovakia in the 1930s. The German invasion forced him to flee to the United States where he became a reasonably successful character actor. Haas always wanted to have complete control of his films and by the 1950s he achieved that objective, setting up his own production company and writing, directing and acting a series of moderately successful B-movies which were released by Columbia. His movies usually had lurid titles, a factor that led critics to dismiss them as little more than exploitation movies. Which is perhaps unfair. His 1953 effort, One Girl’s Confession, is hardly an exploitation movie. 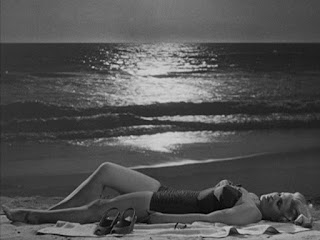 Cleo Moore plays Mary Adams, a waitress in a crummy joint run by a particularly nasty old guy named Gregory. He’d been a business associate of Mary’s father and Mary believes he cheated her father out of a large sum of money, thereby contributing to his death. When she sees Gregory receiving $25,000 from a criminal she decides this is her big chance to get even. She steals the money and then does something very strange. She immediately gives herself up to the cops and confesses.

She is sent to prison but that’s all part of her plan. She intends to serve her time and then when she’s released she will be a rich woman (she refused to reveal the whereabouts of the money to the police). She is a model prisoner and it’s not too long before she is paroled. She is planning to lie low for a while before retrieving the money from its hiding place. 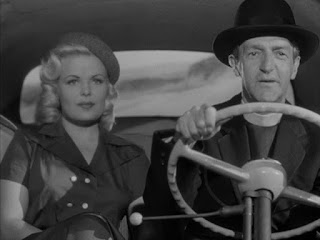 She gets a job as a waitress in a cafe run by Dragomie Damitrof (Hugo Haas). Damitrof seems to be a bit of a sleaze at first but he turns out to be harmless enough and Mary strikes up an unlikely friendship with him. Mary has also caught the eye of fisherman Johnny (Glenn Langan). He has big plans for getting a new fishing boat which he believes is a surefire way of making money. It occurs to Mary that she has the money he needs, and he has the expertise, so it might be an investment worth thinking about. But then Damitrof’s addiction to gambling changes everything for Mary.

This movie’s major asset is that the characters are not mere stereotyped villains or heroes. Mary and Damitrof are both morally ambiguous. They’re not exactly model citizens but they have their strengths to counterbalance their weaknesses.

Hugo Haas was a competent director. At least he knew enough to keep the pacing fairly tight and while there’s nothing startling about the job he does it’s quite adequate by B-movie standards. 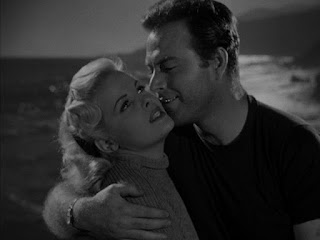 The weakness of Haas’s screenplay is that it’s overly contrived. He is determined to get across his point about the ironies of fate and he forces events to take a particular turn to support that point even at the price of making the plot too reliant on coincidence.

Cleo Moore’s movies were for some years difficult to see so she’s an actress who more or less slipped under the radar. As an actress her chief asset was her stunning figure. She’s not a terrible actress but it’s easy to see why she was never able to break through into A-pictures. There’s not a lot of depth to her performance.

Hugo Haas is probably the pick of the actors as the amusing, somewhat amoral but good-natured Damitrof. Glenn Langan is the weak link but this is mostly because Johnny is rather less interesting as a character than Mary or Damitrof. As a result he seems a bit on the bland side although he does have a certain amount of boyish charm. 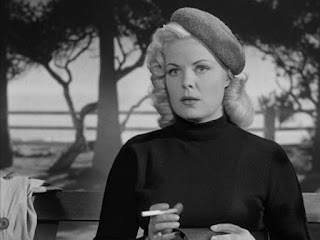 Ellen Stansbury adds some glamour as Damitrof’s calculating but oddly likeable girlfriend. She looks like a cheap floozy but like Mary and Damitrof she’s not a stock bad girl.

This movie is one of four included in Sony’s Bad Girls of Noir volume 2 DVD set. It’s a very good transfer.

One Girl’s Confession is by no means as bad as its reputation suggests. It’s reasonable lightweight entertainment although film noir fans might feel that this movie’s claim to be a film noir is based on fairly slender evidence. If you decide to buy the boxed set you’ll find this movie to be a painless timekiller.
Posted by dfordoom at 8:03 PM