The Fatal Hour (AKA Mr Wong at Headquarters, 1940)

The Fatal Hour (also released as Mr. Wong at Headquarters) was the fourth of the six Poverty Row B-movies made by Monogram featuring Chinese sleuth Mr Wong, a character created in a series of short stories by Hugh Wiley. The movie, with Boris Karloff as Mr Wong, came out in 1940.
San Francisco cop Dan Grady is found floating in the bay. He has two slugs in him so he clearly didn’t drown. Since he and Grady were old pals Captain Street (Grant Withers) of the Homicide Squad is pretty keen to find the killer and he’s happy to get some assistance from another old pal, the famed private detective Mr Wong (Boris Karloff).
Whether he likes it or not he’s also going to get some help from Feisty Girl Reporter Bobbie Logan (Marjorie Reynolds). 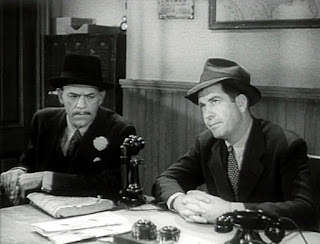 The trail leads Wong to a notorious bar and gambling joining, the Club Neptune (run by Hardway Harry Locket), and to a jewellery store. Grady had been working on a smuggling case and in his desk in his office was found a piece of extremely valuable jade. That’s what takes Wong to Belden’s jewellery store. It normally sells cheap costume jewellery but one of Wong’s contacts in Chinatown suggests that it might deal in expensive jade as well. Jade acquired by means that are not strictly legal, such as smuggling.

There are plenty of shady characters who might be suspects, including glamorous adventuress Tanya Serova (Lita Chevret). All of the suspects are pretty plausible.

The solution is clever and makes use of the very latest technology of the time. 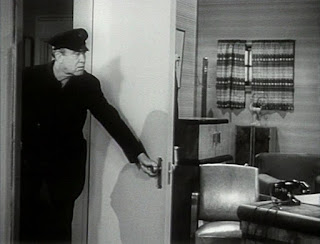 I’m not one of those people who gets all disapproving at the idea of non-Asian actors playing Asian characters but there is a problem with Karloff’s performance, especially in this film. There’s nothing even remotely Chinese about Mr Wong. It’s not Karloff’s appearance that is the trouble but he just comes across as a nice respectable middle-aged English gentleman. In Wiley’s short stories Wong is a highly educated highly assimilated Chinese-American but at least you get the idea that his Chinese heritage is a part of him. It’s not that Karloff’s acting is bad. It’s excellent. He just doesn’t make any attempt at all to make the character Chinese.

A bit more of a Chinatown angle would have helped in this respect.

The other cast members are reasonable enough if not exactly brilliant. Grant Withers can best be described as stolid. Marjorie Reynolds is quite good as Bobbie Logan. She’s there to add glamour and a lighter touch and she does that successfully. Lita Chevret isn’t dazzling but she manages to convince us that she’s a mysterious exotic femme fatale type. 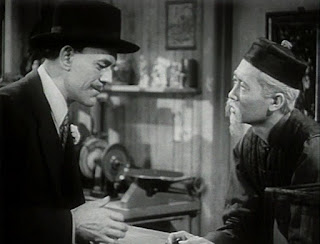 William Nigh directed the first five Mr Wong films (all the Karloff ones in other words). Making B-movies is what he did and he did it a lot, and competently enough. Scott Darling’s screenplay is pretty good and for a B-movie this one has sufficient plot complexity to keep things interesting.

For hardcore golden age detective fiction fans there’s plenty of misdirection and a neat unbreakable alibi angle. And Mr Wong does do some real detecting and gets to demonstrate why he’s such a famous detective. 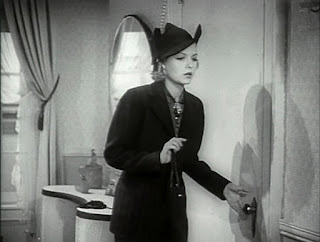 The Mr Wong movies are in the public domain and some of the DVD releases are not too good. All six movies are available in a two-disc set from VCI, with quite acceptable transfers. If you’re a B-movie fan you’ll want to consider picking up this set.

The Fatal Hour is fine B-movie entertainment and a cut above what you expect from Monogram Pictures. Highly recommended.