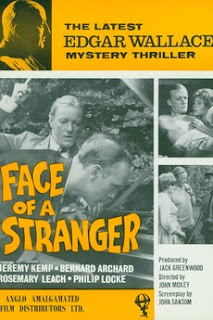 Face of a Stranger is another of the Merton Park Edgar Wallace thrillers of which I’m so very fond.

Vince (Jeremy Kemp) and Johnny Bell (Philip Locke) are cell-mates in prison. They’re both due to be released in a few days. Then there’s a spot of bother regarding a knife and Johnny has to serve an extra three months. He’s very upset because he’s anxious to get back to his wife Mary (Rosemary Leach). While he’s been in prison Mary has gone blind. He’s been able to write letters to her, since a helpful local gamekeeper reads them for her. For some reason Johnny imagines the gamekeeper to be a kindly elderly man.

Mary has rented a little cottage in the country and has been making a home for Johnny to return to. What with going blind and all that Johnny is worried she won’t cope with having to wait an extra three months to see him. So he hits on a bright idea. When Vince is released he can go and see her, to explain things. That will make things easier for her.

Now you might think that asking another man to visit your wife while you’re in prison is not a very smart thing to do, but if Johnny was smart he wouldn’t have ended up in prison, would he? 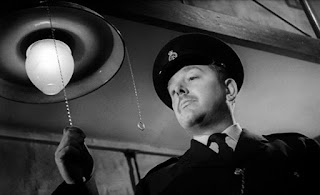 Vince has also been looking forward to seeing his wife again. Unfortunately he doesn’t get a very friendly reception from her, and he gets an even less friendly reception from her live-in lover. Vince, rather miffed, sets off for Mary Bell’s little cottage. Mary is a bit too excited by the prospect of her husband’s return and when she hears Vince’s footsteps she runs out into the road, in front of an oncoming car. Vince makes a desperate effort to save her.

And he does save her. Vince is slightly injured and knocked unconscious but Mary looks after him. So it all ends happily. Well, not quite.

When Vince recovers consciousness he’s rather surprised by the warmth and affection that Mary displays towards him. Especially by the big kiss he gets. Then he realises what is going on. Mary thinks that he is Johnny. 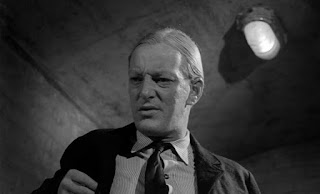 Now at this point you might have a bit of a suspension of disbelief problem here. Johnny and Mary were only married for a short time before he went to prison but even so it’s a bit hard to believe that a woman can’t recognise that this man’s voice isn’t her husband’s. You have to wonder what sort of marriage they had. And after a few weeks, during which time they have been living as husband and wife, she still hasn’t figured out that this man is not her husband.

Of course while Vince is enjoying married life with Mary there are eventually going to be difficulties. Johnny will be out of prison in a couple of months. He and Vince were good pals but when he finds out that Vince has been sharing his wife’s bed he might not be terribly impressed. There’s also the question of the money. The money from the robbery Johnny committed that got him sent to prison. Johnny has it stashed away. Maybe Mary knows where it is. 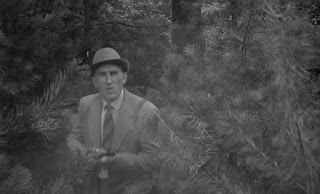 And then there’s the gamekeeper problem.

There’s going to have to be a twist of course, and while it’s maybe not a totally surprising twist it’s very well executed.

You don’t want to think too hard about the plot of this one because if you do you’ll find some holes, or at least you’ll find a couple of things that maybe aren’t explained entirely convincingly. But if it’s a well-made little movie and for the most part the plot hangs together. 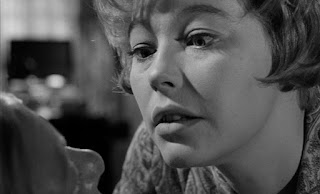 The focus is mostly on Vince and Mary and that means that the performances of Jeremy Kemp and Rosemary Leach are crucial, and they both have slightly tricky roles to play. Their performances work pretty well.

Like most of the directors of the Merton Park Edgar Wallace flicks John Llewellyn Moxey spent most of his career in television. There’s absolutely nothing wrong with the job he does here although there’s nothing fantastically inspired about it either. Jimmy Sangster wrote the screenplay.

If you can get over the suspension of disbelief problem mentioned earlier Face of a Stranger is a pretty enjoyable little movie. Recommended.
Posted by dfordoom at 1:08 AM