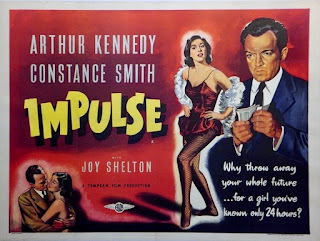 Impulse is the story of Alan Curtis (Arthur Kennedy), an American real estate agent in a rural English village called Ashmore. He’s starting to feel that his life is in a rut. He decides that maybe a weekend in Paris would blow the cobwebs away. He tries to persuade his wife Elizabeth (Joy Shelton) to join him but she refuses. She wants to visit her mother instead.

While his wife is away he sees a girl in a bar. She’s the kind of girl a man would notice anyway but her slightly odd behaviour intrigues him. Two men seem to be taking a great interest in her. Later that night he passes a car broken down by the side of the road. The driver is the same girl. He can’t get her car started and it’s pouring with rain so he takes her back to his place so he can arrange to have her car towed to a garage. At the garage the two men turn up and tell him that they’re police officers. 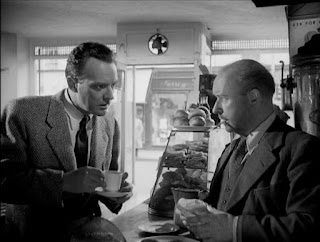 The girl is a night-club singer named Lila (Constance Smith) and she has an explanation for being followed by the cops. She claims that the police are really after her brother. It’s not the sort of story a man would normally believe but when it’s a pretty girl telling the story then a man is going to believe every word of it. While he does believe her story he doesn’t want to get mixed up in her dramas, but she is a pretty girl so he gets mixed up in them anyway.

Alan Curtis is a very ordinary sort of guy, honest and respectable and happily married. He’s not the sort of man who has adventures with strange women, but of course when the strange woman is young and beautiful then any man can become that sort of man. And his motivations are honourable. He’s just trying to help a very charming young lady. What kind of man would refuse to help a lady in that situation? 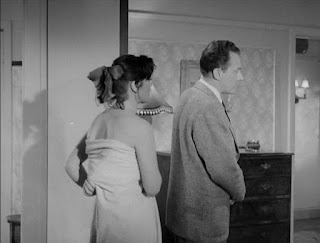 We’ve had a glimpse of a man who seems to be up to no good. We have no idea who he is but we suspect Lila knows him. Perhaps he’s her brother, if she really has a brother. Then we encounter another sinister male character. It seems like he plays a part in Lila’s life as well.

The fact that Curtis is such a very ordinary guy who slowly gets drawn into a web of danger and deceit gives this movie a slight film noir flavour. This is strengthened by the character of Lila, who could very well turn out to be a femme fatale.

It’s also film noirish in the sense that Curtis is not entirely blameless. He behaves foolishly. Getting involved with a woman who has the police on her trail is not smart but he does it anyway. He knows that it would be a seriously bad idea to sleep with Lila but he sleeps with her anyway. His judgment is poor. Lila is clearly bad news but she’s exciting and sexy. 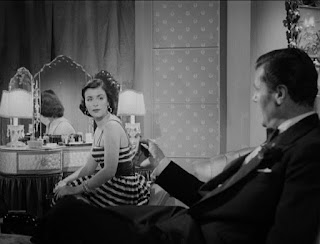 There’s nothing noirish about the visuals, so it’s best to regard this movie as borderline film noir.

This movie was produced by Robert S. Baker and Monty Berman for their company Tempean Films which did a lot of interesting B-movies in the 50s. In the 60s Baker and Berman went on to much greater success in television as producers of The Saint.

American director Cy Endfield had relocated to Britain after falling afoul of the House Un-American Activities Committee. His most interesting British movie was Hell Drivers although his biggest hit was Zulu. 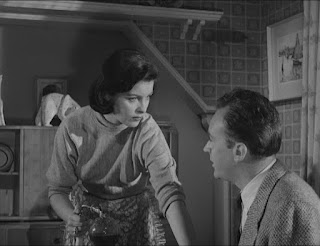 Arthur Kennedy is pretty solid in the lead role. He does the regular guy out of his depth thing well. Constance Smith is suitably enigmatic, and she’s certainly glamorous.