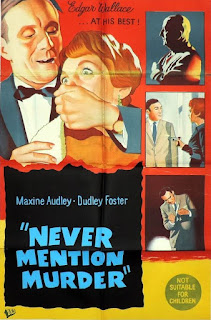 Never Mention Murder is another competent entry in the British Merton Park Studios Edgar Wallace cycle. It was released in 1965.

Heart surgeon Philip Teasdale (Dudley Foster) hires sleazy private investigator Felix Carstairs (Brian Haines) to follow his wife Liz (Maxine Audley). Teasdale suspects she’s having an affair, and he’s right. What puzzles Carstairs is that once he’s discovered the affair Teasdale dismisses him from the case even though he hasn’t yet gathered enough evidence to justify divorce proceedings. This is a little odd and Carstairs notices odd things. You never know when odd pieces of information might be useful, or even profitable.

Liz Teasdale is having an affair with Tony Sorbo (Michael Coles). Tony and his wife Zita (Pauline Yates) do a mind-reading act at a local hotel.

The audience will soon figure out what’s coming next. If Teasdale doesn’t want a divorce he might well be intending murder. As a betrayed husband he obviously has a motive. Teasdale in fact has come up with a very clever plan which is almost fool-proof. It’s the cleverness of his plan that is the highlight of the movie.

The only problem is that the sleazy private detective is still hanging around and has been doing some thinking. He has a devious mind and he has an idea that could net him a nice little income. 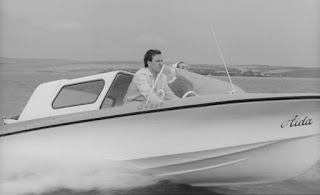 Dudley Foster’s ice-cold but intense performance is another highlight. Teasdale shows no outward emotion but Foster has no trouble convincing us that he’s actually in the grip of a very tightly controlled murderous rage.

The other cast members are extremely good with Brian Haines being delightfully oily as Carstairs.

This is a movie in which the howdunit element predominates. The whodunit part is clear from the start. It’s also a fairly effective little suspenser. 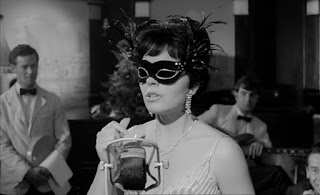 Writer Robert Banks Stewart went on to a very distinguished career in television.

This appears to be director John Nelson-Burton’s only feature film credit. As is the case with most of the directors and writers involved in these Edgar Wallace films his career was spent in television.

Like virtually all the Merton Park Edgar Wallace films this is a very low-budget effort but very well-crafted. There is one scene in which the low budget becomes very obvious indeed but it’s an adroit enough way to save some cash by not showing something that would have cost actual money. 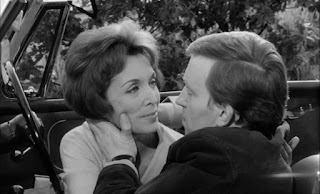 This movie is included in Network’s Edgar Wallace Mysteries Volume 6 boxed set. Network as usual have come up trumps with their anamorphic transfer (the movie was shot in widescreen and black-and-white).

Never Mention Murder is an average entry in this cycle but the quality of these films is so consistently good that an average entry is still an entertaining little B-movie. Recommended.
Posted by dfordoom at 5:41 PM