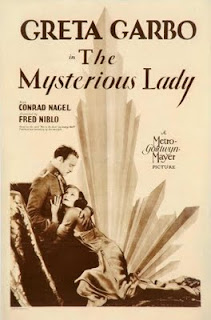 The story concerns an Austrian officer in Vienna just before the Great War who becomes involved with a mysterious lady he meets at the opera. The mysterious lady is played by Greta Garbo, and she turns out to be a Russian spy (which is revealed fairly early so I don’t think it requires a spoiler warning, and if it’s a spy movie starring Garbo I think it’s always going to be a safe assumption that she’s going to be the spy). Of course the Austrian officer and the Russian spy fall in love, which greatly complicates things for both of them. There are two kinds of betrayal in this movie, betrayal of country and betrayal of love, and of the two the latter is of course by far the more serious (this is a Garbo movie).

Garbo’s performance is superb. Her ability to convey a range of emotion, and a subtlety of emotional response, without any need for dialogue, is simply staggering. Conrad Nagel is excellent as the Austrian officer, and there’s some great chemistry between Garbo and Nagel. And there are some moments of sheer visual magic – the scene with Garbo and the candles, for example, which is breath-taking. Fred Niblo’s direction is imaginative and assured, 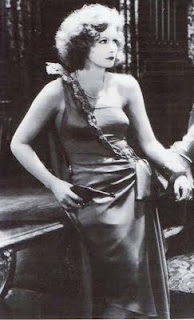 director of photography William Daniels knew exactly how to photograph Garbo, the sets and the costumes are typical MGM opulence. And, as the commentary track points out, with a cheerful disregard for historical accuracy – it’s supposed to be pre-1914 but all the women are wearing 1920s dresses. Gorgeous 1920s dresses. In any case, it all looks wonderful.

The plot is in essence your basic spy movie plot, but it includes some twists that I didn’t see coming, and I’ve seen an awful lot of spy movies. There’s a memorable scene towards the end with Garbo in a room with the Russian general – I won’t reveal anything about it, but you’ll definitely notice it. And notice the exquisite skill with which Garbo plays the scene. One thing I should mention is that the first few minutes of the film are in very bad condition – don’t be put off by this, it gets better, and although there are quite a few sections of the movie that are badly scratched it is most definitely worth putting up with those annoyances. This is a very fine spy movie, a superb love story, and a beautifully made and very entertaining film. This one is not to be missed.
Posted by dfordoom at 11:23 AM