Susan Lenox (Her Fall and Rise) 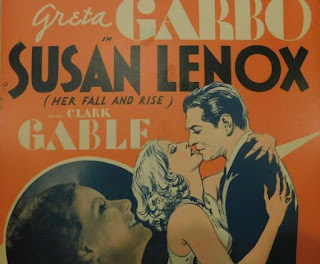 Susan Lenox (Her Fall and Rise) is a movie that does not seem to be highly regarded today either by Greta Garbo’s fans or by Clark Gable’s. In fact this 1931 MGM movie doesn’t seem to be highly regarded by anyone which is a pity. Perhaps the problem is that it’s pure melodrama and we live in an age that finds melodrama unsettling without a hefty dose of irony. The opening sequences are an object lesson in succinct story-telling.

A woman in a very conservative Swedish immigrant community in the US dies giving birth to a illegitimate child. The child, Helga (Greta Garbo), is raised by her brother-in-law. He does his duty by her but cannot show her any love, being ashamed of the circumstances of her birth. He arranges a marriage for her but, repelled by the drunken advances of a man she does not love, she runs away before the marriage. 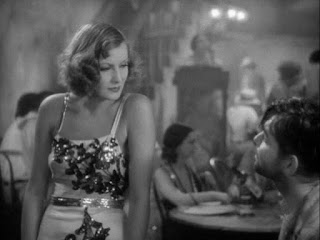 She ends up hiding out in the barn of a neighbour in the middle of a rainstorm. He’s an engineer named Rodney Spencer (Clark Gable) and he’s like no-one she has met before. He’s cheerful, good-natured and kind and it’s obvious they’re going to fall madly in love. But fate steps in. Rodney has to go to Chicago and while he’s away her brother-in-law and he intended husband turn up. She flees, and ends up joining a travelling carnival (I warned you this was pure melodrama).

Rodney sets off in search of her but unfortunately she’s spent the night with the manager of the carnival. She didn’t really have a choice as her husband-to-be turned up again and it was the only way to persuade the manager to hide her but Rodney isn’t very understanding and their relationship seems to have encountered an insurmountable obstacle. 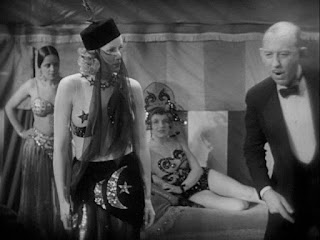 Helga decides that if Rodney thinks she’s a whore then she’ll be a whore. A very successful one. She re-invents herself as Susan Lenox and becomes a wealthy and sought-after courtesan. She is destined to cross paths with Rodney again however and it’s obvious that their love is a strong as ever even if it’s turned to hate. They realise too late that the strength of their hate is simply a measure of the strength of their love. Rodney embarks on a course of self-destruction, but Helga/Susan cannot forget him. Somehow she will find him again, even if she has to scour every low waterfront dive in the country. You cannot fight a love like this.

Garbo and Gable, unexpectedly, generate a very real if unconventional chemistry. They’re both stubborn but sympathetic characters. Gable has plenty of boyish charm and although it’s a little odd to see Gable as a champion of the old-fashioned virtues of fidelity his performance is quite successful. 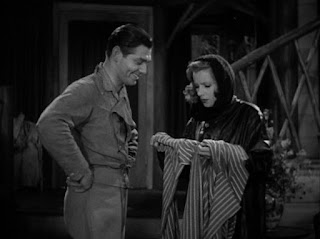 Garbo plays a typical Garbo heroine, a woman for whom nothing matters except love. Even while selling herself to other men she never forgets Rodney.
Robert Z. Leonard isn’t renowned as the most stylish of directors but he and cinematographer William H. Daniels (who photographed most of Garbo’s movies) do a fine job with the use of light and shadow especially in the early stages of the film. Telling the story of Helga’s childhood entirely as a kind of shadowplay is a nice touch, reinforcing the idea that she has never had her own life. 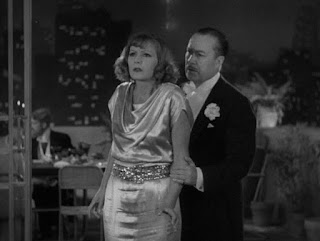 You have to accept that this movie obeys the rules of melodrama, so criticising the use of coincidence and the fact that a travelling carnival just happens to come along right when the heroine needs one is missing the point. It’s all gloriously romantic, a product of an age that still understood such things.

Highly recommended. The Warner Archive DVD-R is a rather nice transfer.
Posted by dfordoom at 8:33 PM