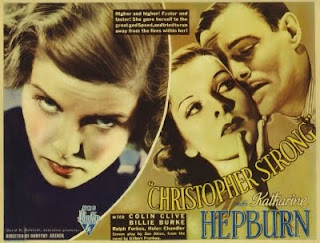 In the early 1930s Dorothy Arzner was the only woman director working in the Hollywood studio system. Christopher Strong is one of the 17 movies she directed between 1927 and 1943.

Hepburn gives one of her best performances, free of some of the more annoying mannerisms she later developed. Colin Clive as Christopher Strong is convincingly stuffy, but sympathetic. Billie Burke is amazingly annoying as his clinging and manipulative but conventionally good wife. It’s clear that the movie’s sympathies are on the side of love rather than duty. 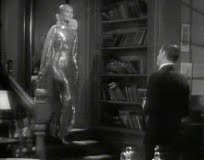 Dorothy Arzner was a lesbian, and was quite open about the fact. It has been suggested that Christopher Strong can be read as a coded story about homosexual love, with the romance between Sir Christopher and the supposedly rather masculine Lady Cynthia representing a homosexual romance. The problem with this is that although Lady Cynthia certainly doesn’t fit conventional female stereotypes of the time, she isn’t particularly masculine either. The movie does however very definitely deal sympathetically with people with people whose desire for love is thwarted by the rules of conventional society, which would presumably have had some resonance for a woman like Arzner living fairly openly as a lesbian in 1933.

A major problem is the complete lack of any chemistry between Hepburn and Colin Clive. We have to believe that s 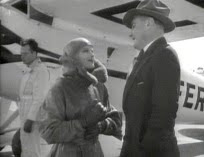 he’s besotted by him and so in lust with him that she’ll defy all society’s rules, but it’s just not believable.

This is a pre-code movie, and it’s quite explicit about the fact that Lady Cynthia and her lover are having sex, and that Sir Christopher Strong’s daughter is indulging in pre-marital sex. It’s also noticeably non-judgmental about this. Unfortunately, as so often in pre-code movies, the ending is problematical and undermines most of the positive pre-code features.

Christopher Strong is a love story, and it’s quite a good one although it has some serious flaws. But the highlight of the movie has to be the silver moth costume sported by Katharine Hepburn! It’s delightfully kinky.
Posted by dfordoom at 12:30 AM