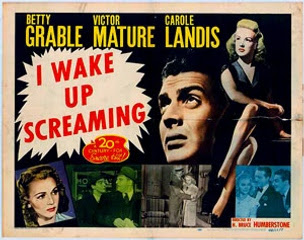 I Wake Up Screaming is a very important (although often overlooked) landmark in the history of film noir. It’s also a fun movie in its own right.

While High Sierra and The Maltese Falcon are usually thought of as the earliest examples of American film noir I Wake Up Screaming has in some ways a better claim to that honour. It’s certainly the first movie in which the full-blown noir visual style can be seen, much more so than in either of those other early noirs.

What’s truly remarkable about I Wake Up Screaming is that it doesn’t just have elements of the noir style, or pointers towards it. It has the whole gamut of noir visual iconography. It’s all there, and superbly done. 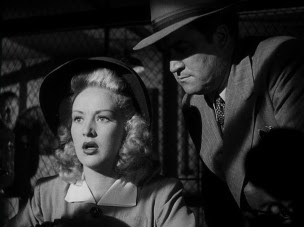 Director H. Bruce Humberstone and cinematographer Edward Cronjager don’t get too much ink in most histories of film noir, but they really did invent most of the archetypal noir images.

While this movie is unquestionably noir in its visual style, in other areas it’s more of a transitional movie. We’ll get to that later.

As for the plot, we start with a murder. Vicky Lynn was a model-actress just starting to hit the big time. When she’s found dead the police focus on Frankie Christopher (Victor Mature) as their prime suspect. 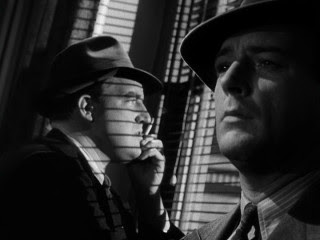 Frankie is a promoter. He’ll promote just about anything if there’s a buck in it. Mostly he handles prize fighters but he has plenty of connections in Tinsel Town and in the worlds of modelling and the theatre. Frankie has connections everywhere. Now we get our first flashback, to the time when Frankie met Vicky. Vicky was a waitress, and she seemed destined to spend her life serving out burgers and coffee. But Frankie could see something special in Vicky. Not class, because she had no class at all, but she still had something. Something that he could use to turn her from a nobody into a somebody.

Frankie’s friends took an interest in Vicky as well. Faded actors and newspaper columnists on the make, they all wanted to know Vicky, to be seen with her. And they’re all potential suspects, but the police are only interested in Frankie. 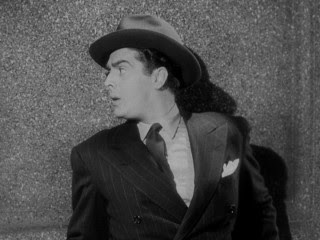 The police in this case are represented by Inspector Ed Cornell (Laird Cregar). He doesn’t even consider an alternative suspect.

Frankie does have one ally though, and that’s Vicky’s sister Jill (Betty Grable). The fact that Jill has fallen for Frankie certainly helps. She turns out to be a pretty useful ally. She’s a nice girl but when she thinks someone is threatening the man she loves she gets pretty mad. Between them Frankie and Jill are determined to prove Frankie’s innocence. 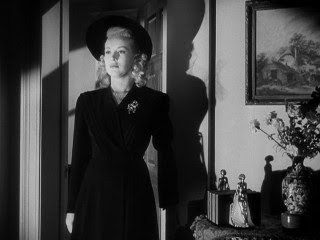 The content is definite film noir material. Where this movie becomes slightly confused is in the tone. The gritty cynical crime movie that was later to be labelled as film noir had not yet made a serious appearance in Hollywood. Shooting was already well underway on I Wake Up Screaming before The Maltese Falcon was released. It’s obvious that no-one at Fox had any clear idea what kind of movie they were making. Victor Mature and Betty Grable were both rising stars but were both considered to be So I Wake Up Screaming veers wildly between hardboiled grittiness and fluffy romantic comedy.

Betty Grable is fun in this film, but she plays it totally as romantic comedy. Since that’s the sort of actress she was she can hardly be blamed for that. Victor Mature and Laird Cregar give much darker, more authentically film noir, performances. They’re both extremely effective. 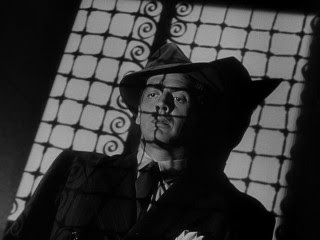 The movie not only uses the classic noir device of the flashback, it uses it extensively and imaginatively, employing multiple flashbacks from different characters’ points of view. It’s another example of the film’s impressive film noir credentials. 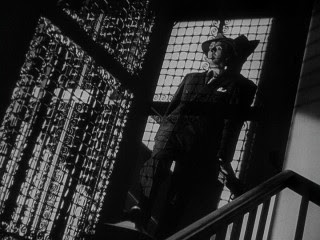 Overall a very mixed bag. It could easily be dismissed as being of historical interest only but that would be unjust. It’s very very stylish and the performances of both Victor Mature and Laird Cregar lift it well above the pack. Definitely worth seeing, and Fox’s DVD release includes an enthusiastic and entertaining commentary track by Eddie Muller.
Posted by dfordoom at 12:15 PM