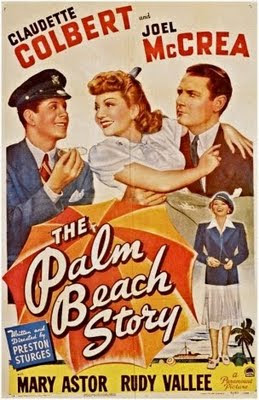 Critics tend to adore the films of Preston Sturges. Perhaps because he started out as a writer and made the transition to directing at a time when that was quite a difficult feat to manage. I had approached my first Preston Sturges movie, Sullivan’s Travels with a good deal of excitement, only to find the movie a muddled bore. As a result I had very low expectations of The Palm Beach Story, but in fact it’s a delight.

While Sullivan’s Travels gave the impression of having been made by a director who changed his mind every few minutes as to what kind of film he was trying to make. The Palm Beach Story in contrast is extremely focused. It’s a screwball comedy. It isn’t trying to say anything profound about the American Dream and it doesn’t have a political agenda. It’s there to provide entertainment and it succeeds admirably. 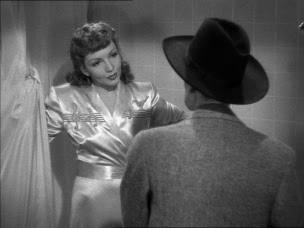 Tom Jeffers (Joel McCrea) is a spectacularly unsuccessful architect-inventor. His most recent hare-brained scheme is an airport suspended above the city skyline. Not surprisingly he is unable to earn enough money to pay the rent. This is rather embarrassing for his wife Gerry (Claudette Colbert) who has to suffer the double indignity of both eviction and of being present while the landlord shoes prospective new tenants through their apartment. But she gets a lucky break. The old guy who is looking through her apartment is extremely rich, kind-hearted and quite mad. He takes pity on her and gives her the rent money.

Gerry realises this is only a temporary solution. She still has faith that eventually Tom’s genius will be recognised but she feels that having a wife to support is holding him back. So she decides to leave him. She makes a dash for the railroad station but of course she has no money for a ticket. Luckily the members of the Ale and Quail Club (a club formed to celebrate the twin pleasures of shooting and drinking, usually at the same time) are always willing to pay a train fare for a charming lady in distress. The movie now kicks into screwball high gear as the increasingly intoxicated members of this club start shooting up the train while Gerry has a chance encounter in a sleeping car with a rather shy rather bookish young man. 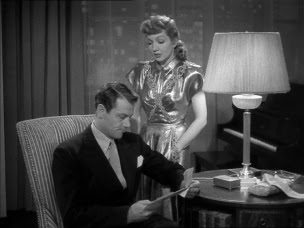 This man turns out to be J. D. Hackensacker III, one of the richest men in the world. He takes quite a shine to Gerry, and Gerry soon finds herself on his luxury yacht. She meets his much-married and joyfully immoral sister the Princess Centimillia (Mary Astor). But husband Tom is in hot pursuit.

Romantic complications and cases of mistaken identity and general confusion and mayhem follow. 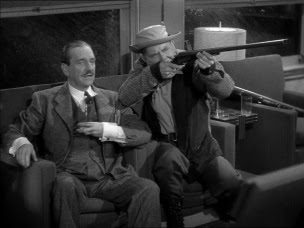 This time Sturges keeps everything tightly controlled. The pacing is frenetic and the laughs are there in abundance. His script is witty and there are enough good lines for all of the very talented cast.

Joel McCrea is slightly vague as the well-meaning but somewhat ineffectual Tom. Rudy Vallee is terrific as J. D. Hackensacker. There are some fine supporting performances from minor players (many of whom worked regularly with Sturges). The real star though is Claudette Colbert who is in dazzling form. 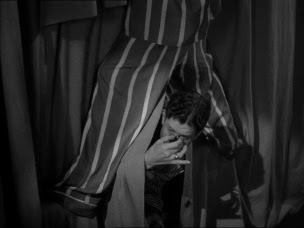 The Region 4 DVD includes a lengthy documentary on Sturges but personally I found that if anything it detracted from my enjoyment of the movie. It’s a bit too gushing and Sturges comes across to me as a less than attractive personality. Picture quality is very good though.

An excellent example of the screwball comedy genre and a thoroughly enjoyable movie.