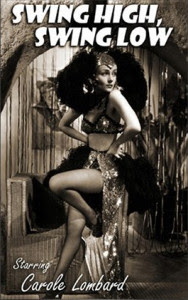 I’ve enjoyed all the Carole Lombard-Fred MacMurray screwball comedies that I’ve seen (and I've seen most of them) but I must confess that Swing High, Swing Low came as something of a surprise. This is not a standard screwball comedy but an odd mix of genres. It’s not a complete success but it’s certainly not without interest.

Released by Paramount in 1937 the movie certainly starts out in screwball comedy territory. Maggie King (Carole Lombard) is on a ship passing through the Panama Canal, on her way to meet her future husband. She meets Skid Johnson, a soldier and part-time trumpet player. In true romantic comedy fashion she dislikes him at first. And she hates the trumpet. The trumpet can never be romantic. Skid takes this as a challenge and proceeds to prove to her that the trumpet can indeed by romantic, and in the process he wins her heart. Unfortunately he also gets her mixed up in a bar-room brawl and as a result she misses her ship. She’s now stranded in Panama.

Skid’s pal Harry (Charles Butterworth) assures that that there’s no problem. She can move in with them. She can have the bedroom; they’ll bed down in the living room. Their living quarters betray the fact that this is the abode of two bachelors. Maggie sets about cleaning up the place. She also sets about changing Skid’s life. She persuades him to get a job (he’s now left the army) playing trumpet in Murphy’s Bar. They turn out to be a very successful double act. She’s not the world’s greatest singer but Skid is a dynamite trumpet player. 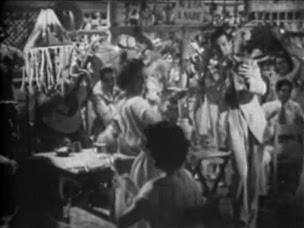 The only fly in the ointment is an old girlfriend of Skid’s, Anita Alvarez (Dorothy Lamour). Nonetheless Skid and Maggie are soon married and everything is going great. That is until Skid’s success throws a spanner into the works. He is offered a job playing at the prestigious El Greco club in New York. His new agent tells her that they only want Skid, but not to worry, he’ll go to New York alone and send for her later.

Up till now it’s been classic screwball comedy all the way, with Lombard and MacMurray delightful as always and getting some fine support from Charles Butterworth (one of those wonderful character actors who enlivens any film he appears in). But now the movie changes gears abruptly and dramatically. 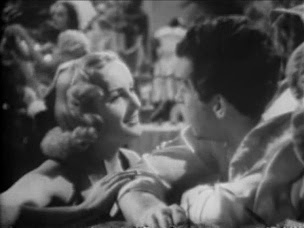 From this point on there will be no more laughs as the movie heads into romantic melodrama territory. Skid is a big success in New York but he achieves his success as part of a double act with Anita Alvarez. Alvarez’s scheming is intended to break up Skid’s marriage and it doesn’t take long for her efforts to succeed. Maggie is forgotten as Skid and Anita live the high life in the Big Apple. Finally Maggie can stand it no longer and she heads off for New York.

What she finds will shatter her dreams. She rings Anita’s hotel room in the middle of the night and Skid answers the phone. She draws the obvious conclusion and files for divorce.

Skid hadn’t really meant to abandon Maggie, but he’s a rather weak character and having a wife just sort of slipped his mind. 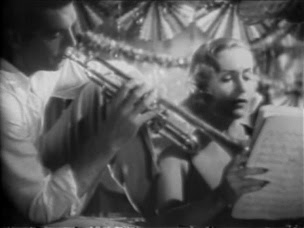 Maggie’s filing for divorce hits Skid hard and he turns to the bottle. He goes from the top of the pile to the bottom. Soon he’s a hopeless alcoholic, broke and out of work and wishing only for oblivion. He has one last chance, a radio broadcast that had been arranged weeks earlier. No-one believes that this down-and-out drunk will even be able to stand up much less play the trumpet. Only one thing can save him, and that’s Maggie. But will she give him another chance?

The switch from light-hearted romantic comedy to tragic romantic melodrama is very abrupt, perhaps too abrupt. Lombard and MacMurray excelled at comedy but neither was known for their abilities as dramatic performers (although MacMurray would of course go on to play dramatic roles with considerable success in the 40s). They handle the change of pace surprisingly well, in fact well enough to save the movie from disaster. The movie’s biggest asset proves to be the excellent cast. 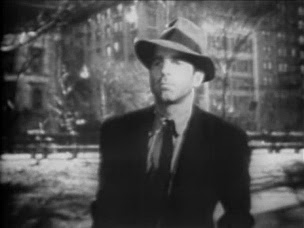 Lombard did her own singing in this movie and she proves herself to be reasonably capable. The duet she does with MacMurray on trumpet, I Hear a Call To Arms, is in many ways the core of the movie expressing as it does their love in good times and in bad. As well as being a comedy and a drama this is also a musical and the musical numbers are pretty good, Dorothy Lamour’s spirited rendition of Panamania being a highlight. The musical content should come as no great surprise since the screenplay was co-written by none other than Oscar Hammerstein II.

Swing High, Swing Low has fallen into the public domain and although it’s easy enough to find copies finding a decent print is virtually impossible. This is an odd but interesting little movie and it really deserves to be rescued from this neglect and given a good DVD release. Despite its schizophrenic nature this movie is definitely worth a look.
Posted by dfordoom at 9:20 PM