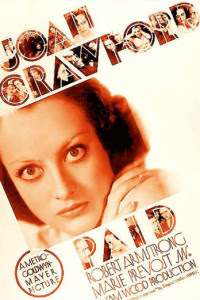 Paid looks and feels like a Warner Brothers socially conscious hardboiled picture but this 1930 production was actually made by MGM.

Joan Crawford is Mary Turner, and as the movie opens she is about to start a three-year prison sentence for grand larceny. She was accused of stealing from the department store where she worked but she is innocent and department store owner Edward Gilder (Purnell Pratt) knows she’s innocent but doesn’t care. Before she is led from the court she vows to get her revenge.

Three years later she’s out of prison and is introduced to Joe Garson (Robert Armstrong) by her cellmate Agnes Lynch (Marie Prevost). Joe is a crook and he thinks Mary has potential but she springs a surprise on him. In prison she’d studied law and now she has big plans for making money dishonestly but quite legally. 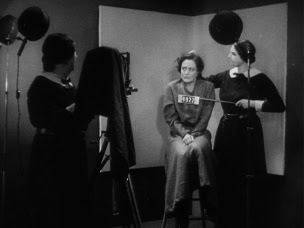 Joe and Agnes are running a blackmailing racket but Mary’s idea is that instead of setting up elderly gentlemen for blackmail as they’d been doing they should set them up for a breach of promise suit. That way they can shake them down for money while still staying technically within the law.

This proves to be a surefire money spinner and Mary soon has other rackets going as well, all of them technically legal. Mary and the other members of Joe’s gang are prospering, much to the disgust of Detective-Sergeant Cassidy (Robert Emmett O’Connor) and his boss, Inspector Burke (John Miljan). Burke is determined to send Mary back to prison but she always seems to stay one step ahead of him, and she knows how to use the law to her advantage. Every time he thinks he’s close to nailing her he gets hit with a restraining order. 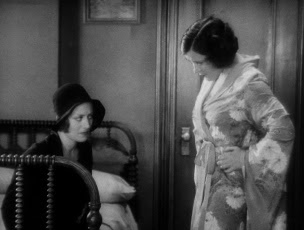 Meanwhile Mary hasn’t forgotten the man who sent her to prison. She hits on a particularly devious method of taking her revenge - she romances and marries Gilder’s son Bob (Douglass Montgomery). This turns out to be more complicated than she expected. Bob really is in love with her and she ends up regretting that she’s hurt him. She loves Joe Garson but she’s fond of Bob as well. Then things start to get really complicated for her when Joe is tempted back into real crime and it ends in murder.

The role of Mary Turner is perfectly suited to Joan Crawford’s talents. Mary is a bad girl but she’s not all bad. Life has given her some tough breaks and she never intended to become a criminal, but since that’s the way the cards fell she’s playing her hand as well as she can. She’s ferociously loyal to people who have helped her. She knows Joe is really a liability, being too hot-headed to be a reliable partner, but he helped her out when she needed it and she’s not going to forget that. She’s blinded by her desire for revenge but when she realises how badly she’s hurt Bob she is genuinely remorseful. It’s a complex and demanding role and Crawford gives one of her most powerful performances from this stage of her career. 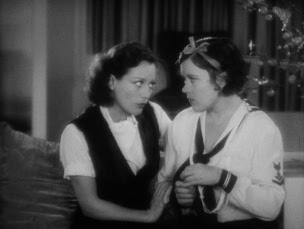 Marie Prevost is very amusing, and the humour she adds is necessary in a movie that is otherwise rather serious and even bleak for a pre-code film. Robert Armstrong and Douglass Montgomery (billed as Kent Douglass in this his film debut) provide good support as the two men in Mary’s life.

Stylistically this is an unusual MGM film, with director Sam Wood and cinematographer going for a look that would later be more typical of film noir. In fact this movie can be seen as a kind of forerunner of American noir, with a morally ambiguous heroine and with an ambivalent attitude towards its criminal characters. The screenplay by Lucien Hubbard and Charles MacArthur was based on a successful play that had already been filmed twice during the silent era. The script is uncharacteristically hardboiled for an MGM picture, while also managing to be literate and convincing. 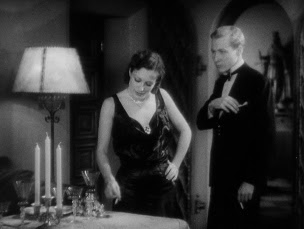 Paid has been released as a single-movie made-on-demand DVD in the Warner Archive series. There’s some print damage but mostly both sound and picture quality are reasonably good and certainly more than acceptable.

This is a fine crime melodrama that should appeal to both pre-code fans and film noir fans and will certainly please admirers of Joan Crawford. A movie that deserves to get more attention that it’s received up to date. Highly recommended.