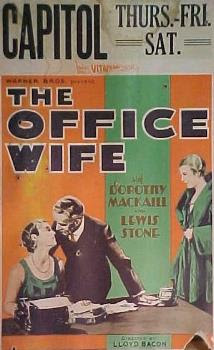 Romantic triangles that pit a successful man’s secretary against his wife were not exactly new even in 1930 but The Office Wife gives the story a very pre-code twist and it works.

Made by Warner Brothers and directed by Lloyd Bacon, the picture stars Dorothy Mackaill as the secretary and the focus is very much on her. All the characters are cheerfully amoral and all are sympathetically portrayed.

Big-time publisher Lawrence Fellowes has just lost his private secretary, Miss Andrews. He had told Miss Andrews the good news that he was about to get married and she promptly fainted and had to be sent home. She’d been in love with him and now she can’t go on being his secretary knowing that her love can never be returned.

Anne Murdock (Dorothy Mackaill) steps into Miss Andrews’ shoes but she’s determined not to make the same mistake. Not that she intends to avoid romantic entanglements with the boss - not at all. She’s a hardheaded gold digger and she intends to get what she wants without getting hurt. 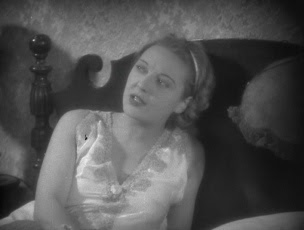 Her sister Katherine (Joan Blondell) encourages her. Katherine has a similarly hardheaded attitude towards men. She thinks Anne is a sap for going around with newspaperman Ted (Walter Merrill). He’s never going to be rich, so what sort of future does that offer a girl?

Unfortunately Anne’s resolution not to let her heart get broken is doomed to failure. She falls in love with Lawrence Fellowes. And he falls in love with her. And now Anne realises that she is not cut out to be a gold digger. She will resign her position so as not to come between Fellowes and his wife. What she doesn’t know is that Fellowes’ marriage is on the rocks and his wife has been playing around with other men. 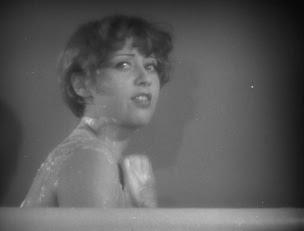 Dorothy Mackaill was one of a number of actresses whose career went belly-up when the Code started to be enforced in 1934. She’d specialised in racy parts in racy pictures and couldn’t make the transition to the new squeaky clean Hollywood. But in 1930 she was still a major name and she was one of the quintessential pre-code stars. Entirely forgotten for many decades, her movies are now being rediscovered and her reputation is on the upswing in quite a big way. She gives a fine performance. She’s careful not to play the role too brazenly or to appear too brassy and she is able to hold and keep the audience’s sympathy. Her acting style was ideal for these types of movies that combined comedy with melodrama.

Joan Blondell was only just starting to make a name for herself but her pre-code persona was already in place. She’s not a bit worried about her performance being too brazen. And of course she takes her clothes off, and she nearly always did in her pre-code pictures. This time she’s not only running about in her underwear, she’s also doing a bathtub nude scene. It’s a pre-code nude scene - you don’t see anything and it’s all tease but even for the pre-code era it’s fairly risque. Blondell is, as always, a delight. 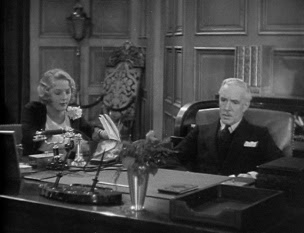 Lewis Stone plays Lawrence Fellowes. Stone made the transition into the post-Code era very successfully, playing sympathetic father figures, but he has fun here as an ageing Lothario.

An additional pre-code touch here is that there’s a sort of framing story, with Fellowes hiring a woman writer to do a serial on wives vs secretaries, the exact situation he will soon find himself in. The writer in question, Miss Halsey (Blanche Friderici), is very mannish, wears men’s suits and smokes cigars. She’s basically a lesbian stereotype and it’s done so blatantly that even in 1930 nobody could miss the implication.

This is typical pre-code cinema, a movie cranked out quickly and cheaply without worrying too much about style. Director Lloyd Bacon was reliable and efficient and he handles things here more than competently.

This picture is paired with Party Husband (which I haven’t yet watched and which also stars Mackaill) in one of Warner’s excellent pre-code made-on-demand double-headers. The print might not be restored but it is in pretty good shape and generally looks very good.

The Office Wife is good pre-code naughty fun and is recommended.
Posted by dfordoom at 6:15 PM