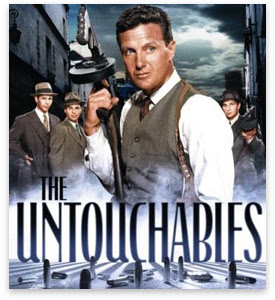 In 1959 Desilu launched its new TV series The Untouchables with a two-part episode The Scarface Mob. The two parts were later combined for a theatrical release so it’s an appropriate subject for a classic movie blog. It can in fact be judged, and judged quite favourably, as film noir. The episode was directed by Phil Karlson, a man who needs no introduction to film noir fans, being responsible for noir classics like Kansas City Confidential.

The Scarface Mob deals with Eliot Ness’s battle to destroy the criminal empire of Al Capone. It was based on the book by Eliot Ness and Oscar Fraley and it appears that  while Ness’s contribution was accurate enough Fraley fictionalised the final book quite a bit. Nonetheless it’s a gripping documentary-style account of crime-fighting in the days of Prohibition. Eliot Ness was a Prohibition agent who assembled a small team of honest Federal agents who could be relied upon to to be immune from bribery. The Federal government pursued a double campaign against Capone. While they collected evidence to convict the famed mobster on income tax evasion charges Ness and his men would conduct a campaign of harassment, raiding Capone’s breweries and distilleries and cutting deep into his revenues. 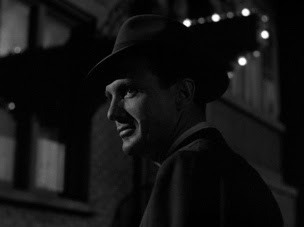 This production has a rather dark tone with the Federal agents facing many setbacks and often paying a high price for their successes. Even the ending is slightly downbeat, emphasising that the battle against organised crime was far from won. In fact it has very much the feel of film noir, with its emphasis on corruption and with a major character (and a very likeable one) being killed off (a risk you certainly don’t expect to see taken in a 1950s American TV program). Both writer Paul Monash and director Phil Karlson approach the material in a manner that seems much closer to 1940s and 1950s crime movies than to television.

It’s also rather violent for a TV production with many shootouts filmed in a fairly brutal style. It’s interesting to compare this production with earlier gangster movies that had dealt with Capone. Capone here is a vicious thug and there’s no attempt at all to humanise him. 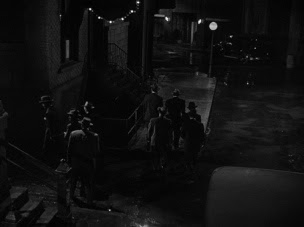 Eliot Ness would have been an ideal subject for a film noir. He was scrupulously honest but he managed to make a tragic mess of his life, ironically (given that he’d been a Prohibition agent) due to his fondness for the booze. That weakness is not touched on here but Ness does come across as a surprisingly vulnerable hero and he’s certainly no superman - he loses as many battles against Capone as he wins. Robert Stack’s performance became rather iconic as the series progressed and established itself as a television classic and in this opening episode he makes an effective hero with a fair degree of complexity. He’s obsessed and when he loses it hurts.

Keenan Wynn provides fine support as an ex-con turned crime-fighter who becomes Ness’s only really close friend. Barbara Nichols goes delightfully over-the-top as stripper Brandy LaFrance (and some of the scenes of her act are remarkably risque for 1959). 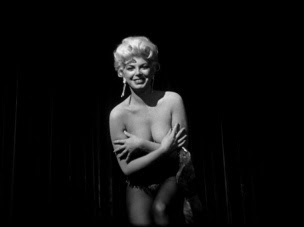 This is no glamourised view of the Jazz Age. This is a world of corruption and violence. It’s very much a film noir world and the style is gritty, violent and sleazy. Tragedy and death stalk this world and even Ness’s famous Untouchables can’t always protect you from this world. It’s a world in which crime often does pay handsomely and in which there is no guarantee that justice will prevail.

The sets and costumes look great and the production looks far more expensive than you’d expect from a television series. Desilu obviously had high hopes for this series and they pulled out all the stops to make it look impressive. 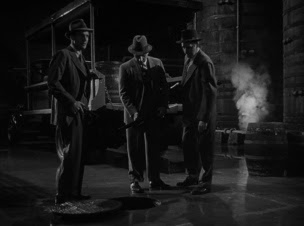 This opening episode is included on the first disc of the Region 4 Untouchables boxed set and includes introductions to the two parts of the episode by Walter Winchell and Desi Arnaz (head honcho of Desilu). Picture and sound quality are both very good.

Don’t expect historical accuracy but with that minor caveat this is really a must-see for film noir fans as well as fans of classic American television at its best. Highly recommended.
Posted by dfordoom at 10:51 AM