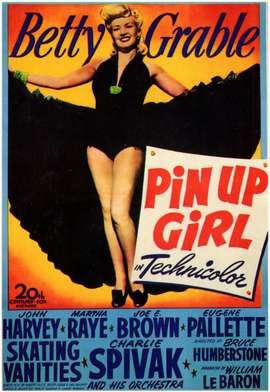 I’ve been trying to broaden my classic movies education a little, delving into genres that I’ve previously avoided. One such genre is 1940s Hollywood musicals. I’ve come to enjoy the musicals of the 30s but I’ve always assumed that the 40s musicals would be too saccharine for my tastes. In any case, I decided to give Pin Up Girl a whirl.

This was one of Betty Grable’s better known films, and having only ever seen her in How to Marry a Millionaire I’ve never understood the Grable mystique but I was prepared to be enlightened.

Grable plays Lorry Jones, who works at a military canteen in Missouri and has become a minor celebrity thanks to a pin-up photo (which is in fact the very famous Grable pin-up photo). The photo has been so popular with the troops that Lorry is now engaged to several hundred of them. It’s not that she’s a bad person, it’s just that when nice boys in a uniform ask her to marry them she doesn’t like to disappoint them. 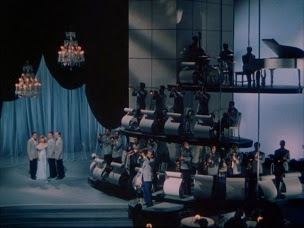 Now she and her friend are off to Washington for a USO show but somehow they end in New York, at a very fancy night-club. There weren’t any tables available, until Lorry assured the doorman that she was there to meet Tommy Dooley, the famous war hero just returned from Guadalcanal. That’s Lorry’s other minor fault - she tends to embroider the truth just a little. Well actually she embroiders it a lot.

When Tommy Dooley actually turns up at the club and has to explain herself to the club owner Eddie Hall (Joe E. Brown) she tells them she’s a musical comedy star. Then of course she’s invited to do a number from the show she’s currently starring in, which is potentially awkward since she’s never even seen the show. But thanks to the magic of the movies it doesn’t matter - sh 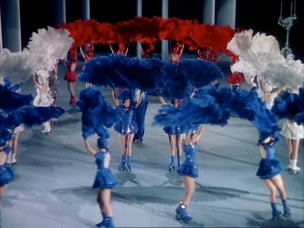 e gets up and does the number and it’s a huge success.

That more or less sets the tone for the movie - realism is not going to be allowed to spoil any of the fun. This is a movie where intimate night-clubs have stages as big as football fields.

After the night-club scene we find Lorry working as a stenographer for a chief petty officer who just happens to be Tommy Dooley’s NCO. You’d think he’d recognise her straight away but of course this is the movies where a girl wearing glasses is totally unrecognisable as the same girl without glasses. 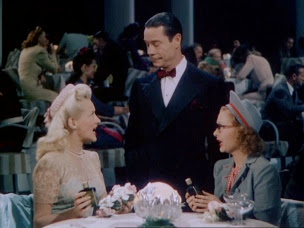 cKay as well as one of Lorry’s many fiances. And naturally somehow Lorry has to get her big break in show business.

The plot is incoherent and so flimsy it’s hardly there at all but this is a musical so who needs a plot? What it does have are spectacular musical production numbers, romance and good-natured comedy and that’s enough. Grable is amusing and impossible to dislike, the support cast is solid. The sets are pure Hollywood fantasy but they’re fun. It’s shot in Technicolor and looks like a gigantic candy confection.

This movie is about as lightweight as a movie could possibly be but it’s enjoyably silly. These were the days before irony became 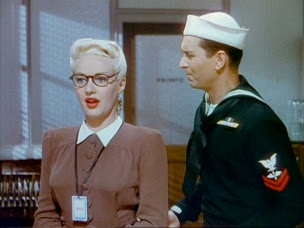 compulsory in Hollywood movies, an age when sneering cynicism was not considered to be an essential ingredient in entertainment. It’s convinced me that perhaps the musicals of the 40s really did have something going for them.

The Region 4 DVD disappointingly includes none of the extras that come with the Region 1 release. The transfer is OK although the colour balance doesn’t seem entirely right.
Posted by dfordoom at 2:47 PM