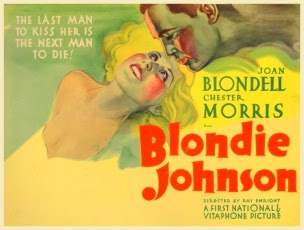 Blondie Johnson is a First National Pictures pre-code offering with Joan Blondell as a lady gangster. Directed by the reliable Ray Enright, this movie came out in 1933.

It starts off with the sort of socially conscious bleeding heart nonsense you expect from the  studio, with a wicked landlord and an uncaring society driving the mother of Blondie Johnson (Blondell) to her death. So of course it’s not Blondie’s fault that she becomes a gangster.

Having got that silliness out of the way the movie settles down into an entertaining tale of a girl who claws her way to the top by using her brains rather than her body. Blondie is making a reasonable living as a con artist until she cons big-time gangster Danny Jones (Chester Morris). Danny takes an immediate liking to this fresh dame and figures she has a big career in crime ahead of her. His judgment turns out to be spectacularly correct. 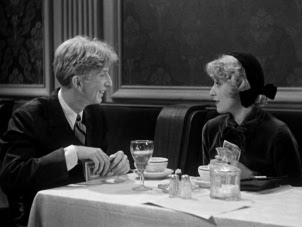 Danny’s pal Louis (Allen Jenkins) is facing a murder rap. The big boss, Max Wagner, decides to let Louis take the fall. Blondie persuades Danny that that’s no way to treat a pal. If he won’t help Louis then he’s as yellow as Max. Danny is convinced, Louis beats the rap, and Danny becomes head of the organisation. Their specialty is the protection racket, to which they add some ingenious new twists. With Blondie providing the brains the organisation is soon thriving.

Danny is obviously sweet on Blondie. Blondie likes him but she wants to keep things on a business-like footing. That all changes when Danny gets married and decides to leave Blondie out in the cold. What he hadn’t counted on was that the boys are now loyal to Blondie, not to him. They knows she’s the brains behind the outfit, they know she always looks after a pal and they know she’ll never turn yellow. So Blondie becomes the big boss, and it’s Danny who’s left out in the cold. 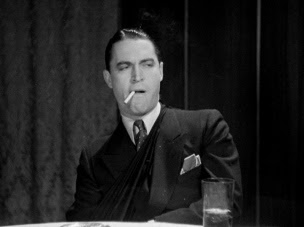 Blondie’s tangled relationship with Danny is however still left unresolved and sooner or later she’s going to have to make a difficult choice.

Joan Blondell, so often relegated to playing the heroine’s best friend, relishes the opportunity to play the lead role. Blondie might be a gangster but she’s not without human feelings. As much as she tries to think of herself as a tough dame she’s still a woman and those feelings still get in the way. Blondell is superb - tough but still very likeable. Chester Morris is very good as well and the supporting players are excellent, especially Allen Jenkins. He’s one of my favourite character actors from this era. He always played essentially the same role, but he played it very well indeed. Sterling Holloway is amusing as a wry cab driver who helps Blondie when she’s starting her career as a con woman. Japanese-born Toshia Mori is great as Blondie’s glamorous pal Lulu. 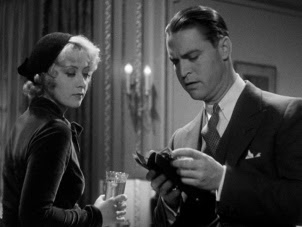 Blondie Johnson isn’t really a hardboiled crime picture. The criminals are all nice people and the mood is generally fairly light-hearted although Blondell does get a few opportunities to show off her abilities as a serious actress. At 67 minutes this is a fast-paced fun ride.

Apart from a generally amoral tone there’s not a lot to distinguish this movie as a pre-code movie. The dialogue is however sharp and entertaining in typical 30s style. 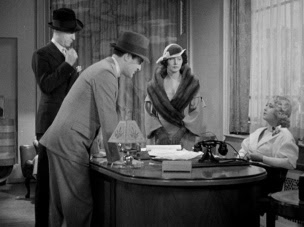 Blondie Johnson is thoroughly enjoyable in undemanding viewing and is worth a look, especially for fans of Joan Blondell.
Posted by dfordoom at 11:32 AM