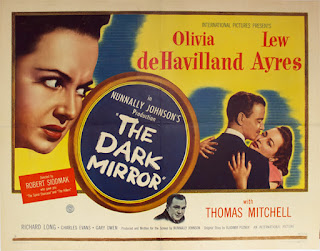 I’ve spoken often of my love for classic Hollywood movies dealing with psychiatry.  The Dark Mirror is another prime example of this genre.

Scripted by Nunnally Johnson and directed by Robert Siodmak, this 1946 movie also deals with another subject that fascinated Hollywood in the 40s, the double. Especially the feminine double. Movies like A Stolen Life and No Man of Her Own gave us women who had assumed different identities. In The Dark Mirror, as in A Stolen Life, the women are sisters, in this case identical twins. 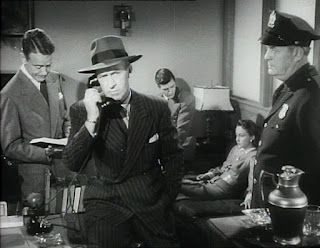 When a doctor is murdered it seems like an open-and-shut case. The police have three eyewitnesses who swear they can identify a woman seen fleeing from the doctor’s apartment. But three other witnesses will swear they saw the same woman four miles away. The explanation is that Terry and Ruth Collins (both played by Olivia de Havilland) are identical twins. One twin was leaving the doctor’s apartment while the other twin was walking in a park four miles away, but the witnesses can’t tell which twin they saw. And the sisters aren’t saying. The police can’t get an indictment because they don’t know whose name to put on it. It’s the perfect crime, and if there’s one thing Detective-Lieutenant Stevenson (Thomas Mitchell) hates it’s the idea of a perfect crime.

Stevenson persuades psychologist Dr Scott Elliott (Lew Ayres) to help him crack the case. Dr Elliott is an expert on twins. The Collins twins become part of his study on twins. Dr Elliott soon realises that one of the twins is dangerously insane, but which one is it? He thinks he knows, but does he really? To complicate matters further, Dr Elliott falls in love with one of the twins. How will the insane twin react to this, since both twins are in love with Dr Elliott? 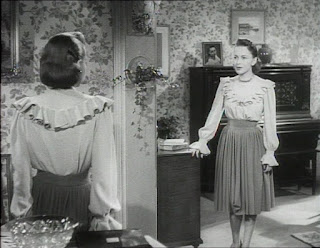 Terry and Ruth have always been romantic rivals but with the doctor’s murder it’s now apparent that the rivalry has taken on deadly overtones. Lieutenant Stevenson fears for the safety of both Dr Elliott and the sane twin.

Olivia De Havilland is not a favourite actress of mine but she’s quite effective in this film, wisely not overdoing the crazy stuff. In fact she plays both twins the same way which certainly heightens the suspense. Right up to the end we’re never quite sure which twin we’re watching. It’s a subtle performance in a role which most actresses would have approached with a much more grandiose technique but de Havilland knows what she’s doing. Lew Ayres is adequate and Thomas Mitchell is, as always, a joy to watch. 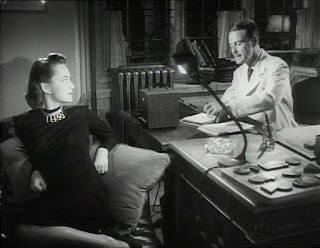 Robert Siodmak was always a stylish director and while The Dark Mirror isn’t as visually dazzling as some of his movies he still does a fine job. Nunnally Johnson’s script has enough half-baked psychiatric nonsense in it to keep fan of psychiatry movies very happy indeed. Even Rorschach ink-blot tests, which are always good for a laugh. And Polygraph tests! The psychiatric silliness is laid on nice and thick. The script  takes its subject deadly seriously, which makes it even more fun.

While this movie is sometimes described as film noir it’s more of an over-the-top crime melodrama or a psychological thriller than a true film noir fans. Noir fans will probably enjoy it anyway. 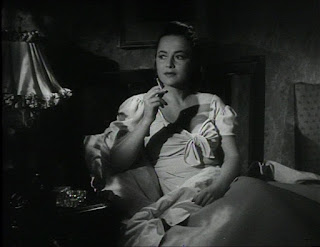 Mirrors of course play a key symbolic role in the story and the movie both begins and ends  with mirrors.

Conerstone Media’s Region 2 DVD release is barebones but quite cheap and picture quality is good.

Despite the half-baked psychiatric ideas, or perhaps it would be more accurate to say because of them, The Dark Mirror is a very entertaining movie. Madness, murder and psychiatry make an irresistible combination. Highly recommended.
Posted by dfordoom at 9:03 PM