I don’t think it’s possible for a pre-code movie to be much more lightweight than I’ve Got Your Number, but it’s still not without its charms.

This 1934 Warner Brothers production is a comedy-drama centred around a telephone company. Terry Riley (Pat O’Brien) and Johnny (Allen Jenkins) are telephone repairmen-linesmen. For the first 20 minutes we just see an assortment of adventures that they get into, mostly involving Terry chatting up blondes. Then the main plot kicks in.

This central plot involves Marie (Joan Blondell). Marie is a switchboard operator at the Hotel Eden. Terry has been pursuing her for quite a while. Marie has another admirer, Nicky (Gordon Westcott). Marie is no fool - she knows Nicky is no good. But she doesn’t realise just how no good he is. 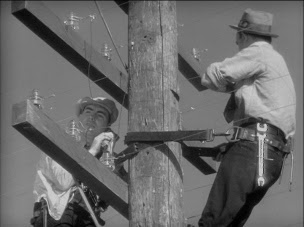 Nicky manages top cost Marie her job, but Terry rides to the rescue and gets her another job as switchboard operator and receptionist to wealthy investment banker John P. Schuyler (Henry O’Neill). Schuyler owes Terry a favour - Terry saved his life during a fire. Terry might be regarded with some suspicion by his supervisor Joe Flood (Eugene Pallette) but to the telephone company he’s a hero. And John P. Schuyler is not a man to forget a favour.

Unfortunately Nicky steps in again and soon Marie is facing not just losing her new job, but possibly being an accessory to grand larceny. She seems to be sunk, but Terry knows Marie would not have been involved in anything shady and he and Johnny are determined to save her. 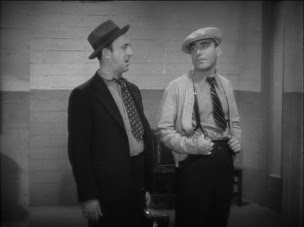 The movie than becomes a sort of lighthearted crime thriller, but instead of having a cop or private detective as the hero it has a telephone repairman as the hero. Terry might not pack a rod but he does have an intimate knowledge of the telephone system and this know-how will help him to save Marie, although before he can do that he needs to be saved himself.

Luckily Joe Flood steps in at this point. He’s never had much time for Terry but when one of his repairmen is in trouble it’s a different story. Telephone company people stick together in a crisis. He rounds up the phone company boys and they go riding off to rescue Terry. And the bad guys find that a mob of irate phone company employees can be a formidable challenge even to a gang of criminals. 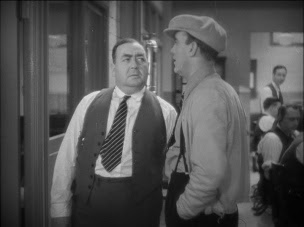 The mood is kept light throughout. Veteran director Ray Enright doesn’t let the pace flag and the fairly short 69-minute running time helps. The big pluses in this movie though are the players. Joan Blondell is of course wonderful as always. Allen Jenkins is one of my favourite character actors of this period, equally at home playing heavies or in light comedic roles. His performance is perfect for the mood of the movie. Pat O’Brien does well in a role that could easily have been irritating and he makes Terry a likeable if unlikely hero. Eugene Pallette is a delight as Terry’s boss.

There’s not much pre-code content here, apart from a few gay jokes that they might not have got away with after the Code. 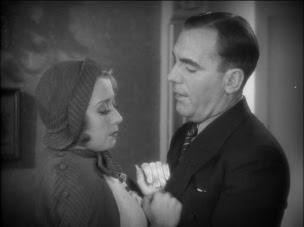 This movie is presented as part of a one-disc two-movie pack in the Warner Archive series, paired with the equally entertaining Havana Widows. The transfers are both very good.

I’ve Got Your Number doesn’t try to do anything else but entertain, and it succeeds admirably. This set is really a must-have for any self-respecting pre-code fan. How can you possibly go wrong with two Joan Blondell movies? You can’t, so this one can certainly be recommended. It’s 1930s Hollywood light comedy at its best.
Posted by dfordoom at 5:37 AM