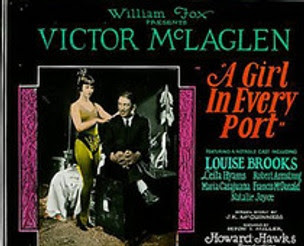 A Girl in Every Port has several claims to fame. It was one of Howard Hawks’ very early movies (released in 1928). It was his second-last silent movie. And a German director named G. W. Pabst saw it and was so impressed by the female lead he decided to cast her in his next movie. The actress was Louise Brooks, the movie he cast her in was Pandora’s Box, and thus a legend was born.

A Girl in Every Port is in fact a male buddy film. Ordinarily not my favourite kind of movie, but you expect a male buddy film made by Howard Hawks to be better than average and it is. It’s also a comedy so it provides an intriguing glimpse of one of the greatest masters of cinematic comedy learning the ropes. It’s not quite vintage Hawks comedy but you can see that the potential was already there. 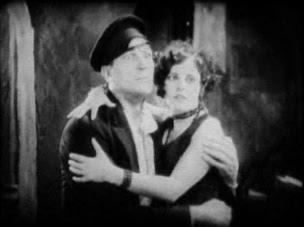 Spike (Victor McLaglen) is a sailor and he really does have a girl in every port. Or so he thought. But now every time he reaches port he finds that all the girls in his little black book are sporting a heart and anchor tattoo. Some other seafaring Lothario has been making time with Spike’s girls. Eventually he catches up to his rival. They start to fight it out, get caught up in a full-scale bar-room brawl, and end up in the lock-up. They discover that they have something in common besides women - they like brawling. And they like each other. Soon they are fast friends and shipmates.

All goes well until Spike meets a girl who is special (the girl is of course Louise Brooks). This girl, Marie, does a high-diving act in a carnival in a French port and Spike is convinced she is the sweetest girl a man could ever meet. She’s not the kind of girl you add to your little black book. She’s the kind of girl you marry, and settle down with. Maybe buy a little farm. Spike has enough money to do this. And she seem so anxious to share his dream of rural connubial bliss that she offers to look after his money for him, so he can’t be tempted to spend it. 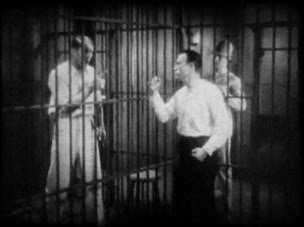 Spike’s a nice guy but he’s a bit of an innocent where women are concerned. He’s had his share of success with the ladies but he’s inclined to take a rather romantic view of the fair sex. And he’s the kind of guy who likes to think the best of people. Anyone else would have figured out that Marie was just taking him for a ride and intending to fleece him, but Spike can’t see it.

Things get more complicated when he proudly introduces his new girl (and his intended future wife) to his best buddy Bill. Bill recognises her immediately. She used to be known as Tessy when she did her diving act in Coney Island. She and Bill were pretty friendly. So friendly that (although Spike doesn’t yet know it) Marie/Tessy sports Bill’s heart and anchor tattoo on her arm. What is Bill to do? Spike is his best friend. Can he allow this girl to take Spike for every penny he has and then leave him broken-hearted? 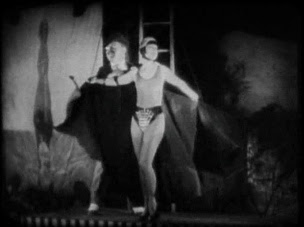 The movie’s sexual politics, and its moral dilemmas, are more complex than they appear to be. Spike and Bill adopt a love ’em and leave ’em policy towards their various girlfriends but their assumption is that the kinds of girls who date sailors know the score. The movie adopts a worldly view towards sex. Marie adopts a similar attitude towards men as the men in this movie adopt towards women, although their objective is sex while hers is money. In both cases no great harm is done unless you happen to be naïve enough (as Spike is) to not realise it’s all a game.

Mostly it’s a movie about friendship. Spike and Bill are true friends, and while that friendship will be sorely tested it will prove strong enough to survive. 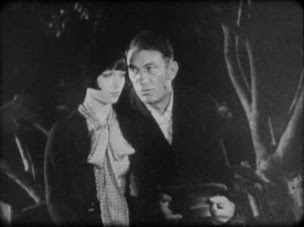 Victor McLaglen and Robert Armstrong are likeable as the two seafaring buddies. Louise Brooks doesn’t get a lot of screen time but she certainly makes the most of what she does get. Her image is already well in place here, as the glamorous femme fatale - it’s obvious why Pabst was so impressed. And of course the camera adores her. Her acting style is not at all what you expect in silent comedy - it’s very understated and very subtle. She is most definitely not a slapstick comedienne. Brooks always admired actors (such as Leslie Howard) who understood the virtues of underacting.

But of course this is a comedy, so the question is, is it funny? The answer is yes, although not in a rolling-on-the-floor kind of way. It’s a cheerful amusing and engagingly amoral little picture, and being a Howard Hawks movie it’s comedy with an edge of intelligence and sophistication. 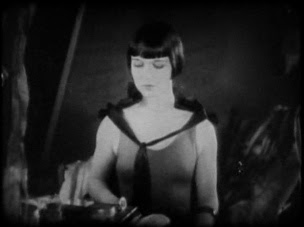 If you’re a Louise Brooks fan then it’s absolutely essential viewing of course.

Unfortunately this movie is not available in an official DVD release and those prints that are floating about are not in great condition. Most of the silent movies that Louise Brooks made in Hollywood before her departure for Germany survive but despite her huge cult following for some reason they have never enjoyed a proper DVD release.
Posted by dfordoom at 12:28 AM