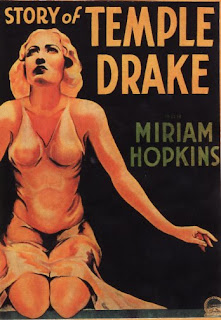 The Story of Temple Drake, based on William Faulkner’s novel Sanctuary, is one of the most notorious of all Hollywood pre-code movies. Temple Drake is a southern judge’s daughter, and she’s a bit of a wild child.

Her favourite sport is flirting with the local boys, but then backing off whenever they try to take things further. Finally her wild ways catch up with her, when a drunken boyfriend crashes his car and they find themselves captives of a group of seriously inbred bootleggers and a lecherous city gangster, Trigger. Things get seriously out of hand, there is a murder, and Temple is raped. Temple and her rapist drive off together, to move into a brothel.

When an idealistic young attorney who is defending one of the bootleggers, who has been charged with the murder, tracks them down Temple finds her past catching up with her. The movie caused howls of outrage in 1933, m 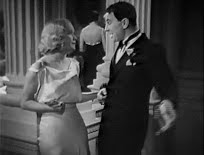 ainly because of the implication that Temple may not have been an entirely unwilling victim, and that her presence in the brothel might well have been voluntary. The idea that a judge’s daughter, the veritable flower of respectable southern womanhood, might have chosen such a life was enough to reduce the guardians of public virtue to a state of apoplexy.

Miriam Hopkins plays bad girl Temple Drake, and she plays up the ambiguity of the character to the hilt. Jack La Rue is sinister, creepy but perhaps weirdly seductive as Trigger. 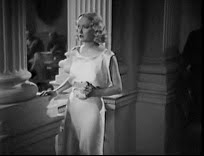 The movie captures a fairly authentically Faulknerian atmosphere of, and the depiction of corruption, viciousness and loose living among both rich and poor was undoubtedly one of the things that was most upsetting to the film’s critics.

It was banned in parts of the US and after 1934 the movie was withdrawn from distribution with instructions that it was never again to be released. It still stands up as a surprisingly powerful film. An absolute must for fans of pre-code cinema.
Posted by dfordoom at 8:16 AM